In BirdWatching magazine, we regularly highlight new books about birds, birders, conservation, and the natural world. In our February 2018 issue, we reviewed two books by birding legends: 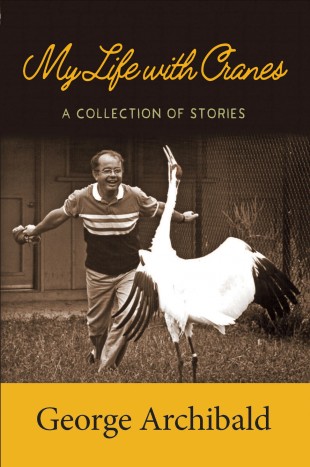 In the world of bird conservation, George Archibald is a superstar. The co-founder of the International Crane Foundation has met with political leaders, advocated for cranes worldwide, and once appeared on the “Tonight Show” with Johnny Carson. His work has helped to restore crane populations around the world. In this memoir, he tells lots of stories: his childhood in Nova Scotia, studying ornithology at Cornell, the early years of ICF, working in Russia, China, Iran, Korea, and other countries, and his bond with a Whooping Crane named Tex. It’s a fascinating look into the unique life of one of the world’s heroes for birds, by the man himself.

Read our 2013 interview with George Archibald

At the International Crane Foundation’s 40th anniversary event, Jane Goodall described her hope in the midst of the world’s conservation crisis 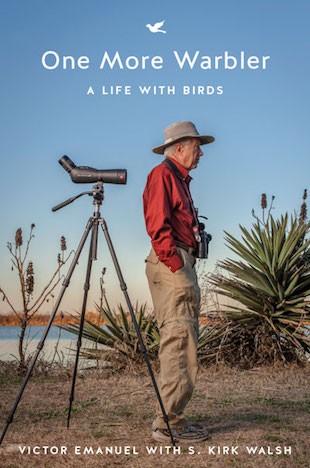 When he was 29 years old, Victor Emanuel was living in a subletted room in his friends’ rented house in Houston wondering what he should do with his life. A phone call changed everything. A man from Indiana who knew an acquaintance of Emanuel’s asked if he would take his sister and him birding for a day for $100. Emanuel agreed, setting himself on a path to establishing his own business that would become the largest company in the world specializing in birding tours. In One More Warbler, Emanuel shares memories of his remarkable, storied life. (In a recent interview, Contributing Editor Pete Dunne said the book is “wonderful” and that he was “reading it slowly because I don’t want it to end.”)

Emanuel recounts his sightings of Eskimo Curlew — “the bird of my life” — on Galveston Island between 1959 and 1962. He describes the day Roger Tory Peterson received the Presidential Medal of Freedom from President Jimmy Carter in the Rose Garden of the White House. He tells about his years-long friendships with authors George Plimpton and Peter Matthiessen. And Emanuel devotes a chapter to his experiences birding with George W. and Laura Bush, during the years that Bush was governor of Texas and president. What a life!

Sign up for our free e-newsletter to receive news, photos of birds, attracting and ID tips, and more delivered to your inbox every other week. Sign up now