Hundreds of tall telephone poles once supported wire radio antennas on the 800 acres known as the Pole Farm. The facility was shuttered decades ago; now, after a grassroots campaign persuaded county government to stave off development, the farm and another 800-plus acres have been preserved.

The Pole Farm is the largest of five tracts composing Mercer Meadows, and it’s the best for birding.

I’ve been visiting for several years. I discovered the site by lucky accident while looking for raptors. A Northern Harrier skimming and hunting just a few feet above an open field prompted me to drive down a farm lane.

On subsequent visits, I was delighted to find that the park attracts not only harriers but also hawks, kestrels, Merlins, owls, and other raptors.

I’ve seen migrating warblers, Eastern Bluebirds, and other songbirds in the warmer months, but the deep-cold dead of winter is my favorite time. It’s when to see Short-eared Owls rising from treetops at sundown as they begin their twilight hunt for small mammals in the fields. In good years, I may spot several at once.

Generally flat. The park’s interior roads are closed to vehicles.

Fall through spring. Summer can be productive in mornings and evenings.

Hiking trails, observation towers, bird blinds, interpretive signs, and picnic tables at rest stops along trails. Restrooms at most entrances and at the Hunt House, headquarters of the Mercer County Parks Commission. The Lawrence Hopewell Trail is a 20-mile bicycle and pedestrian trail through public and private lands; it runs through Mercer Meadows and connects its Pole Farm, Rosedale Park, and Equestrian districts. 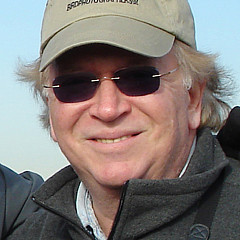 William Jobes is a print and broadcast journalist from Langhorne, Pennsylvania, whose experience includes news and sports photojournalism, as well as reporting and editing on staff at several major daily newspapers. His work has appeared in the New York Times, the Washington Star, the Philadelphia Inquirer, and USA Today, among others.  He is the recipient of numerous journalism and photography awards and honors, including several Emmys. He has written several articles for BirdWatching, including Hotspots Near You in Maryland, New Jersey, and Pennsylvania.