It takes me two to three hours to walk the one-mile loop at Woodside Natural Area, especially on spring mornings. The reason for my slow pace? This is one of the birdiest places in Vermont.

Seasoned birders love Woodside partly for the frequent surprises (Cerulean Warbler, Virginia Rail, Black-billed Cuckoo), but I love taking beginning birders here because they always get good looks at so many different birds. One gentleman started a walk with a curt comment: “Gotta tell you. Don’t believe warblers exist.” Halfway through the mile, he had memories and even photos proving to him that they really do!

One morning, I sat on the bench overlooking the beaver pond and noticed a Red-shouldered Hawk crouched on a low pine branch. It abruptly dropped to the water’s edge and came up with a frog. The hawk caught and ate three more frogs in the next 15 minutes. Red-shouldered Hawks nest at Woodside, along with scores of other species.

The hawks aren’t supposed to overwinter in Vermont, but a pair has been seen in the park every month of the year. The hawks know what the birders know: Woodside is a rare gem!

Flat grassy trails, some hills, other trails on dirt or mud. Wooden bridges, stairs, and boardwalks.

Worth visiting any time of year; most active spring and early summer. Go early in the morning for Wood Ducks.

Benches in a cattail swamp, overlooking the beaver pond, and beside the Winooski River. Trail map on website. Boat launch on river for canoes and kayaks. No toilet facilities.

Parts of the trail can be sloppy, especially after a lot of rain. One steep set of stairs can be icy in winter; avoid them by walking the loop counterclockwise and then reversing direction.

About eight miles from Woodside, on Central Ave. in South Burlington. Migrant trap for warblers in spring. 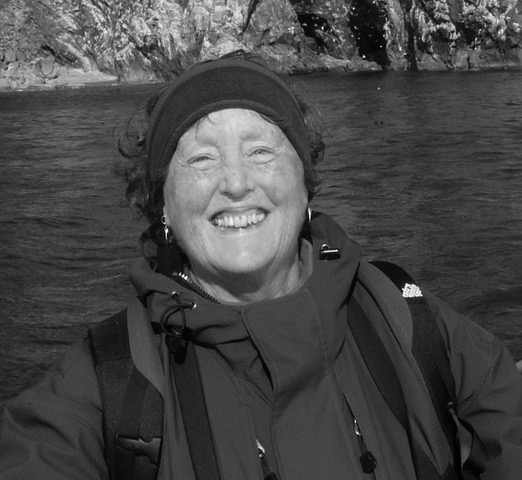 Maeve Kim is a birder, teacher, musician, and writer. She leads bird walks for beginners and has taught birding classes for outdoors clubs and wildlife refuges. She is also the author of two novels: Ivy’s Optics and There’s Nothing 86 Tonight.