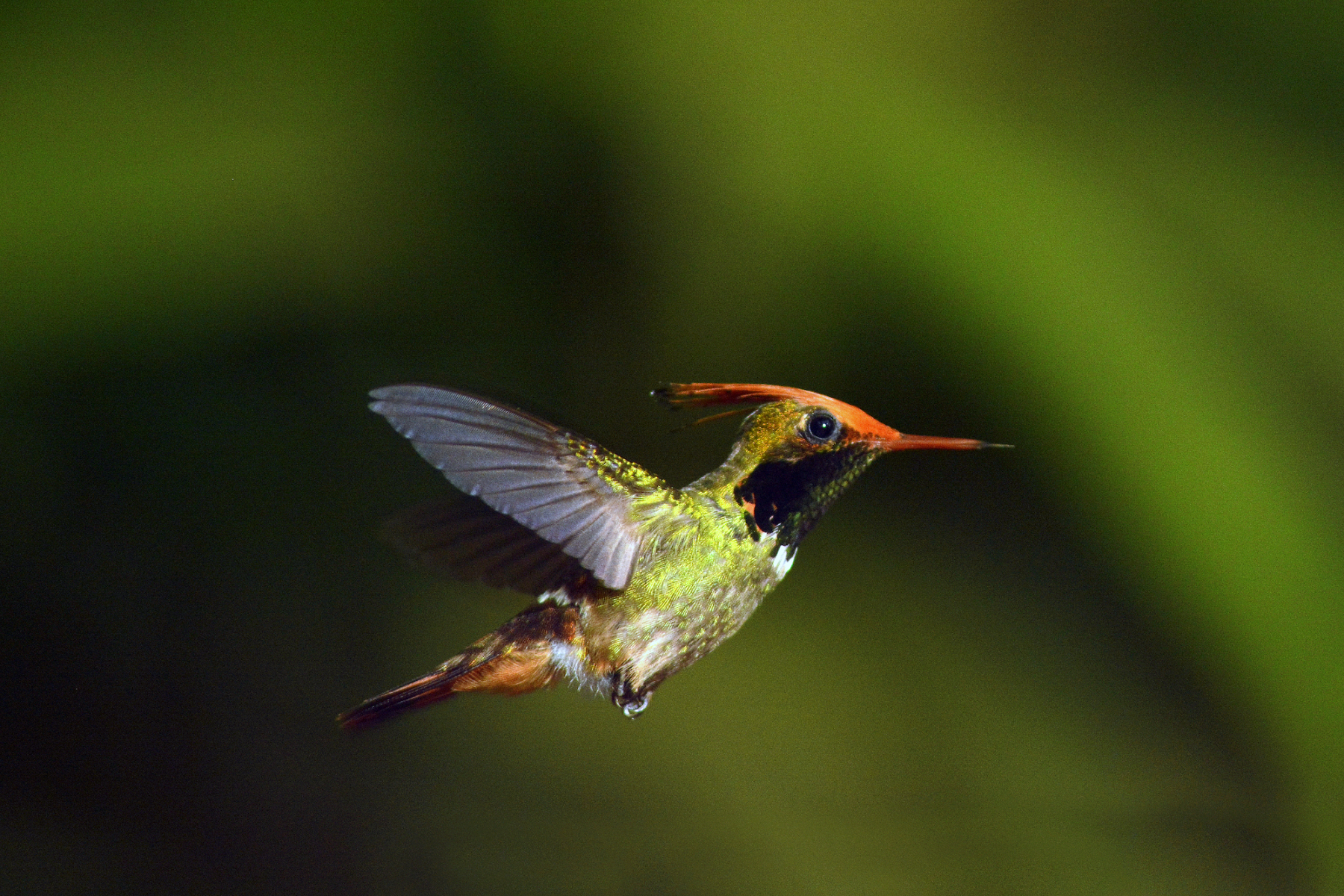 With a crest not so much red as orange, this hummingbird is found around tropical humid lowland forest and scrubland in Peru such as the St. Martin province. Rather than inhabit the forests themselves, it prefers clearings and woodland edges, where it can find small flowering plants such as myrtles and Inga bushes to feed on. It can even be seen at the roadside, flitting among the flowers and catching insects on the wing. Males have a bright punky crest, black throat, and a white band across the rump, whereas females lack the crest but can still be distinguished by orange above the bill and the same white rump stripe.