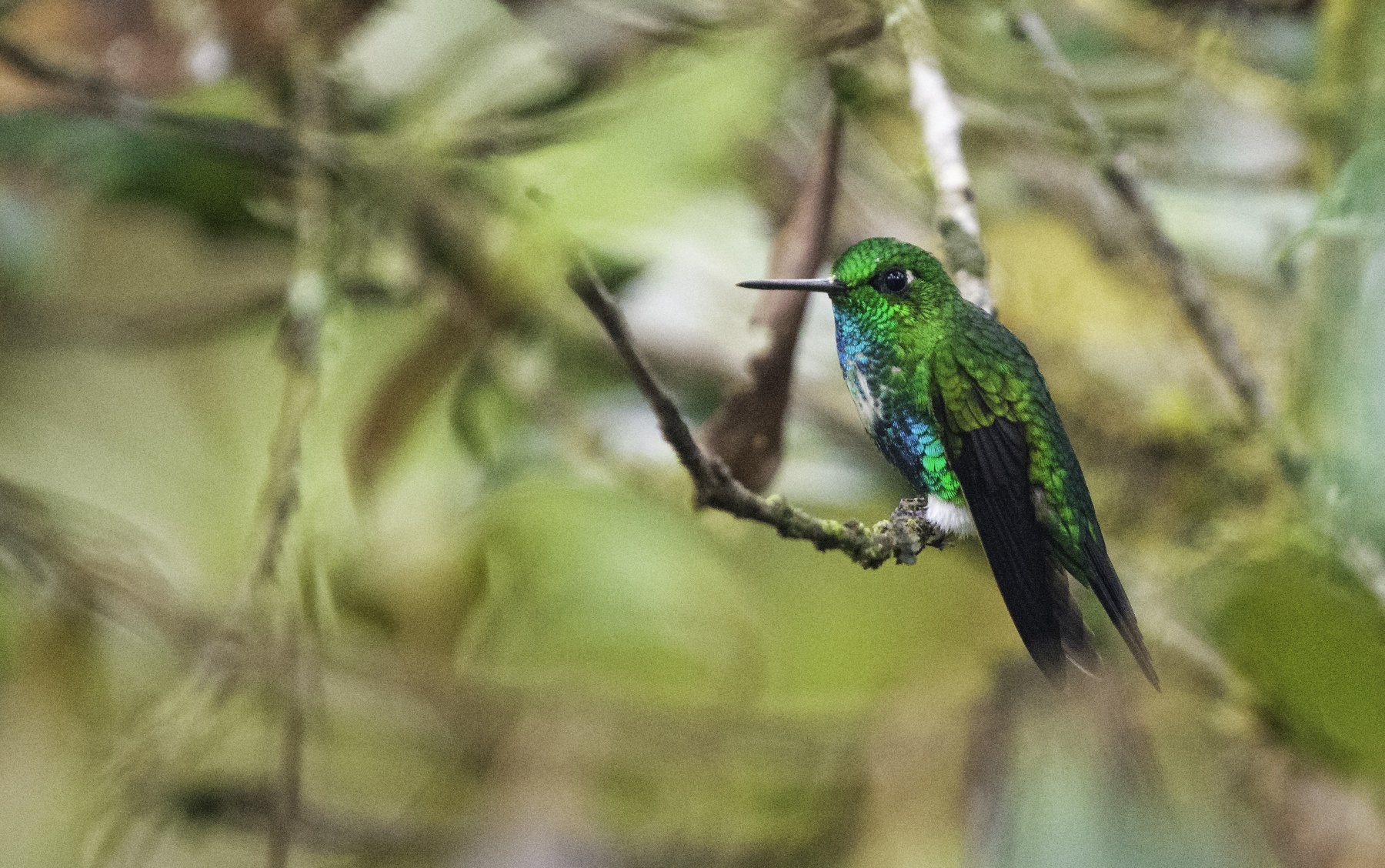 This is the smallest of the group of hummingbirds that are known as pufflegs because of the bushy growth of feathers at the tops of their legs. As its name implies, the Emerald-bellied does indeed have bright blue-green underparts and a green rump, while its pufflegs are white.

The female is similar, although of a slightly duller hue. These hummingbirds tend to live in dense undergrowth in the cloud forests of northern Peru, majoring on the eastern slopes of the Andes in locations such as St. Martín and Amazonas. They will often come to feeders on reserves.