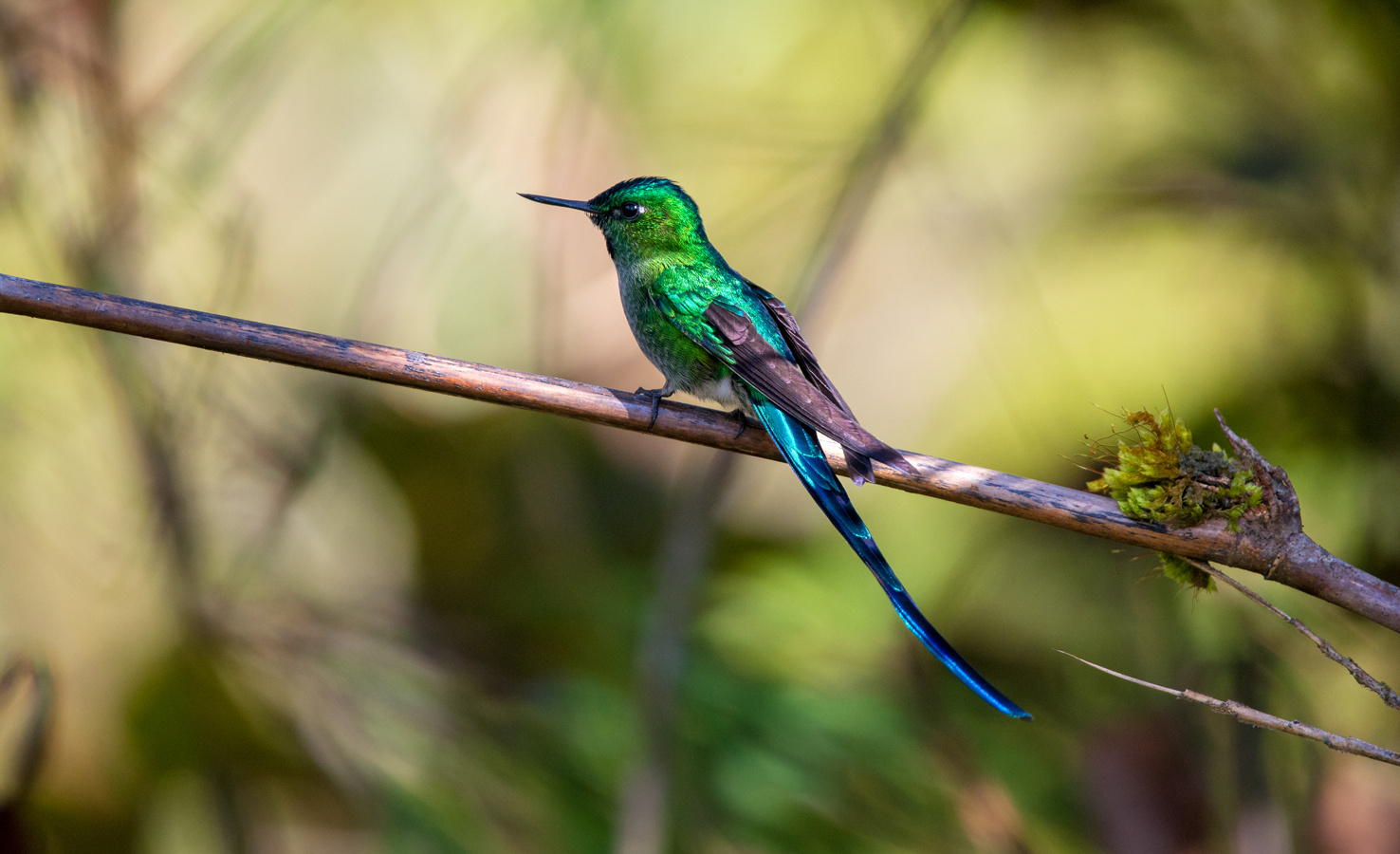 Although all the species of sylph hummingbirds have long tails, this one has one of the longest, which can reach more than its body length. Its bill, in contrast, is relatively short in hummingbird terms. It uses this short bill to pierce the base of flowers rather than dipping into the middles of the petals. It is the only sylph to be found east of the Andes, and it is protected in reserves such as Abra Patricia in northern Peru. The male is a glorious combination of an iridescent blue and green head and body, with soft purple wings and a shiny blue tail. The female is a different coloration, with more green than blue, and with a peachy-colored breast and much shorter tail. She also sports a short white moustache stripe.