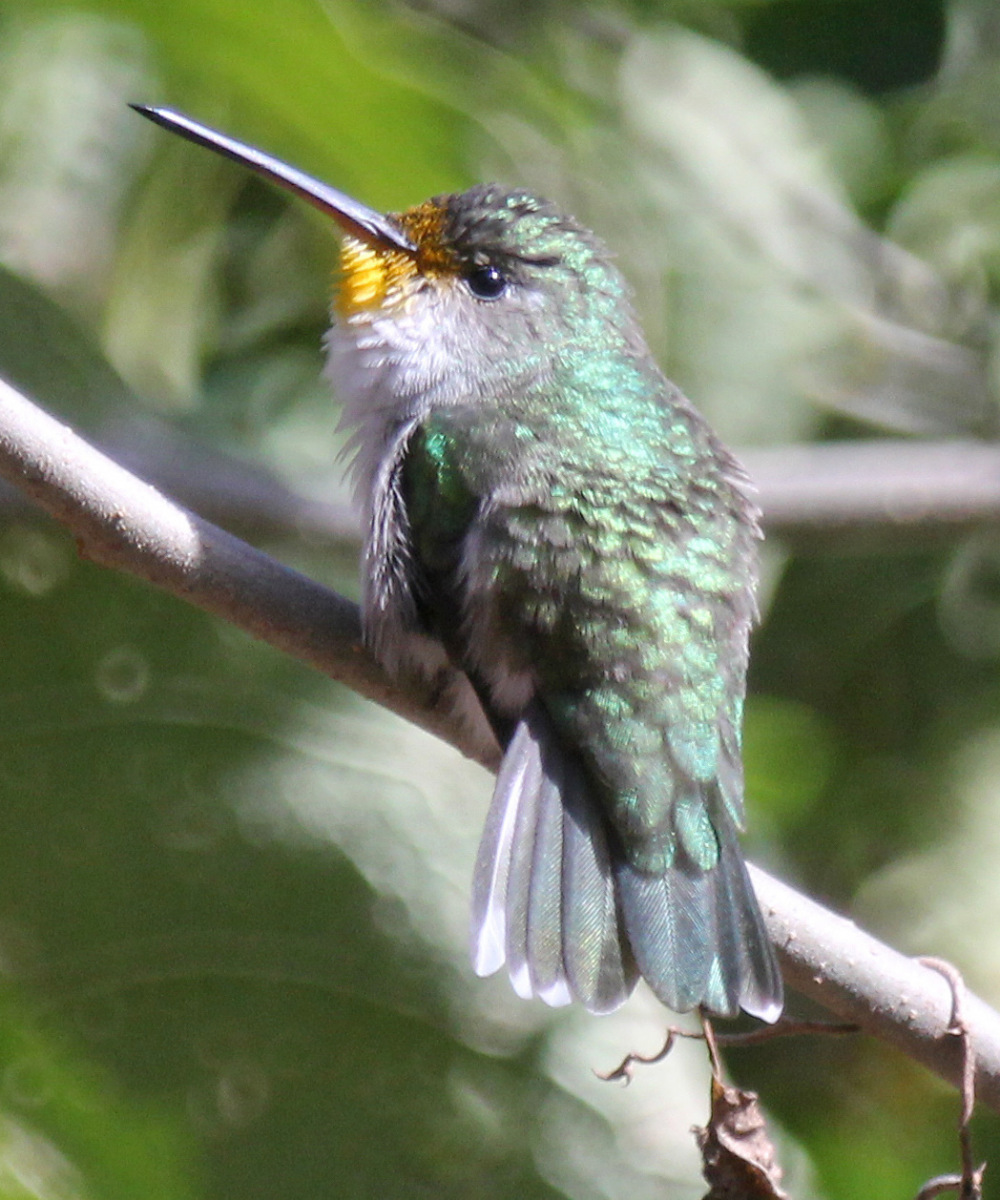 This gold and green hummingbird with its bright white belly, chest, and throat chooses areas along the edges of the forest and in ravines that contain cacti as the dominant plant species. They are found year-round in a wide belt that runs down the center of Peru. White-bellies like open areas, near but not in, cloud forest. The first part of the bird’s Latin name, Amazilia chionogaster, was taken from the name of the female protagonist in a novel about the Incas and the conquest of Peru written by French historian Jean Marmontel in 1777. The second part comes from the Greek for snow and belly.