Become a member and get exclusive access to articles, contests and more!
Start Your Free Trial
BirdWatching  •  News & Features  •  Birdwatching  •  How you can be a Champion of the Flyway

It’s time once again for Champions of the Flyway! This year’s international bird race takes place on March 29, 2016.

As I’m sure you know, Champions of the Flyway attracts teams of crack birders from all around the world — including, this year, two from the United States and one from the Netherlands that we featured in our August 2015 issue. (See below.) 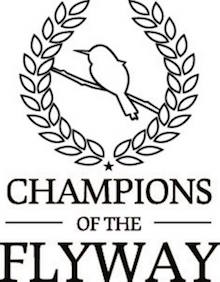 The primary purpose of the race is to celebrate the extraordinary miracle of bird migration at Eilat, Israel, one of the world’s most spectacular hotspots, but the event also has a sobering, much more important goal — calling attention to, and preventing, the illegal killing of migratory birds in the Africa-Eurasian Flyway.

We learned the shocking extent of the slaughter in August 2015, when BirdLife International revealed that the number of birds illegally killed by shooters and trappers around the Mediterranean every year was as high as 25 million.

According to BirdLife, migrating birds are shot, caught in nets, trapped on glue-covered branches (also known as lime sticks), and lured into traps with song recordings. Many of the birds are secretly served as a delicacy in restaurants and homes throughout the Mediterranean.

Organized by the nonprofit Society for the Protection of Nature in Israel and BirdLife, the Champions race helps conservationists tackle the issue locally. Funds raised in previous years have supported BirdLife Cyprus, BirdLife Malta, and Bird Conservation Georgia. This year, the spotlight will be on Greece — a country most of us associate with pristine beaches and breathtaking scenery but where more than a million songbirds are illegally killed each year.

Every one of the teams participating in this year’s race is soliciting donations from friends and other fellow bird lovers, and each team deserves your support. We’re especially proud of three:

We’ll publish an insider’s view of this year’s Champions of the Flyway, written and illustrated by the Dippers themselves, in an upcoming issue of BirdWatching. Don’t miss it!

Last year, teams raised more than $50,000 for conservation. With your help, this year’s event will raise more, and do even more good. Look for the yellow “donate here” buttons on the Champions of the Flyway website, and please give. — Chuck Hagner, Editor

Champions of the Flyway in 2015 put spotlight on illegal trapping in Cyprus.

Read about the Hellenic Ornithological Society.