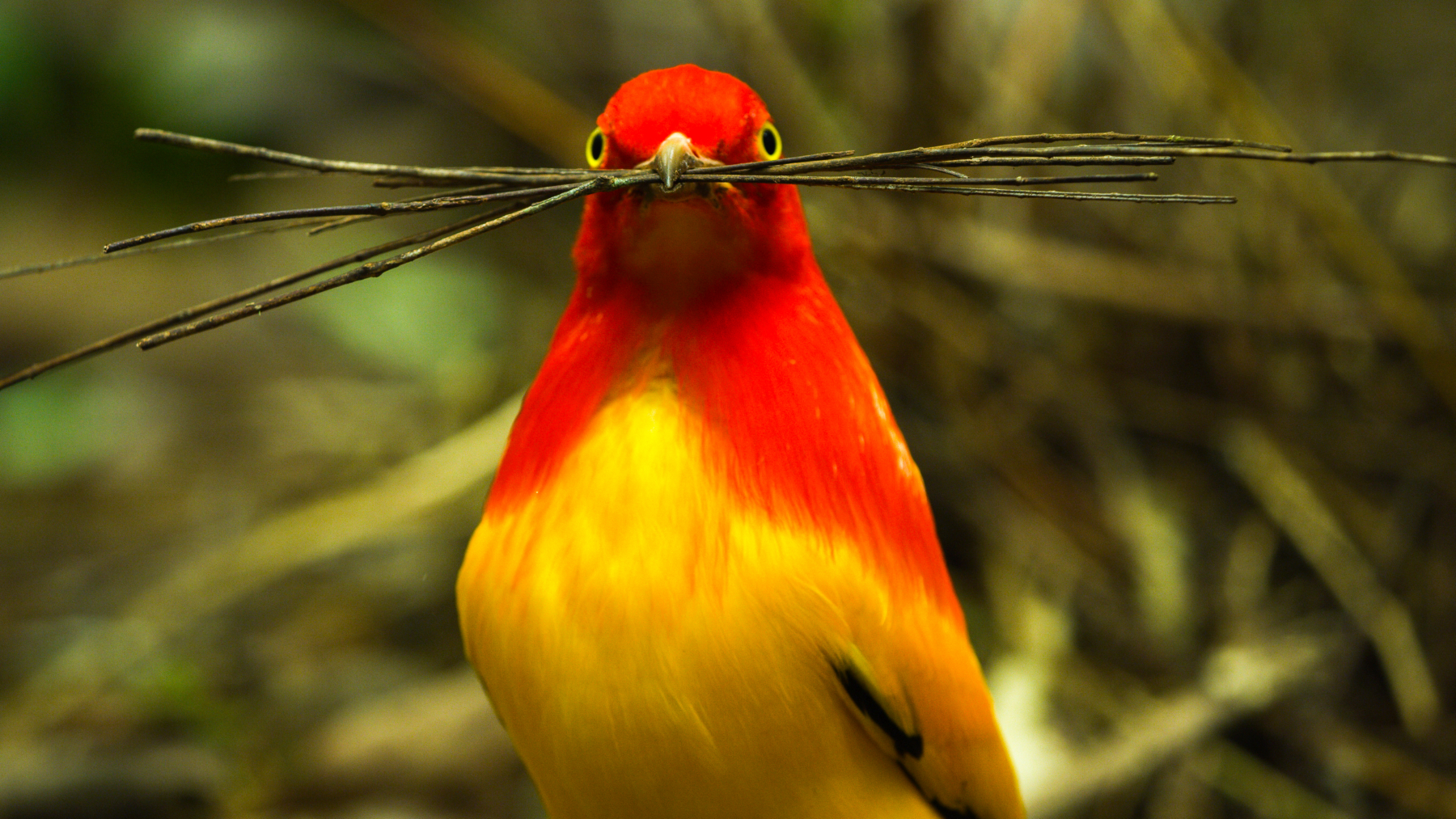 The film describes the male of this species as the "most brightly colored bird." I'm not sure that's something that can be measured, but nevertheless, it's a gorgeous bird. He builds an "avenue-type" bower with two side walls of sticks.