The U.S. Fish and Wildlife Service will host a virtual public hearing via Zoom on Wednesday, January 26, from 7-8:30 p.m. eastern time about its September 29, 2021, proposal to remove the Ivory-billed Woodpecker from the Federal List of Endangered and Threatened Wildlife due to extinction.

FWS also reopened the public comment period on the proposal until February 10. The full proposal covered the delisting of 23 species due to extinction, but the hearing and reopening of the comment period only pertain to the Ivory-bill. FWS received a request to hold a public hearing on the Ivory-bill proposal on November 16. The agency notes that Endangered Species Act requires that FWS “promptly hold public hearings if requests are received within 45 days of a proposed rule’s publishing into the Federal Register.”

The request came from Matt Courtman, an Ivory-bill advocate from Louisiana who operates Mission Ivorybill and Louisiana Wilds. He is preparing to launch organized searches for the species in Louisiana in February. Mission Ivorybill has been hosting presentations on Monday evenings for the last few months on its Facebook page. On Monday, January 24, Courtman’s group will review both the procedural process and the scientific merits of the extinction proposal. It begins at 7p.m. central time. To participate, send an email to Matt@MissionIvorybill.org.

However, last October, we reported that longtime searchers for the woodpecker opposed the proposal because they’re convinced the species still exists. Some claim to have seen Ivory-bills in just the last few years.

Registration for Wednesday’s public hearing is required. If you plan on providing a comment during the public comment portion of the meeting, please indicate that when registering. After registration, participants will receive a confirmation email containing information about joining the meeting. 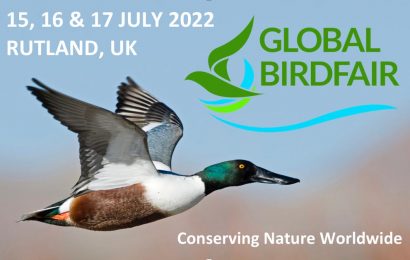