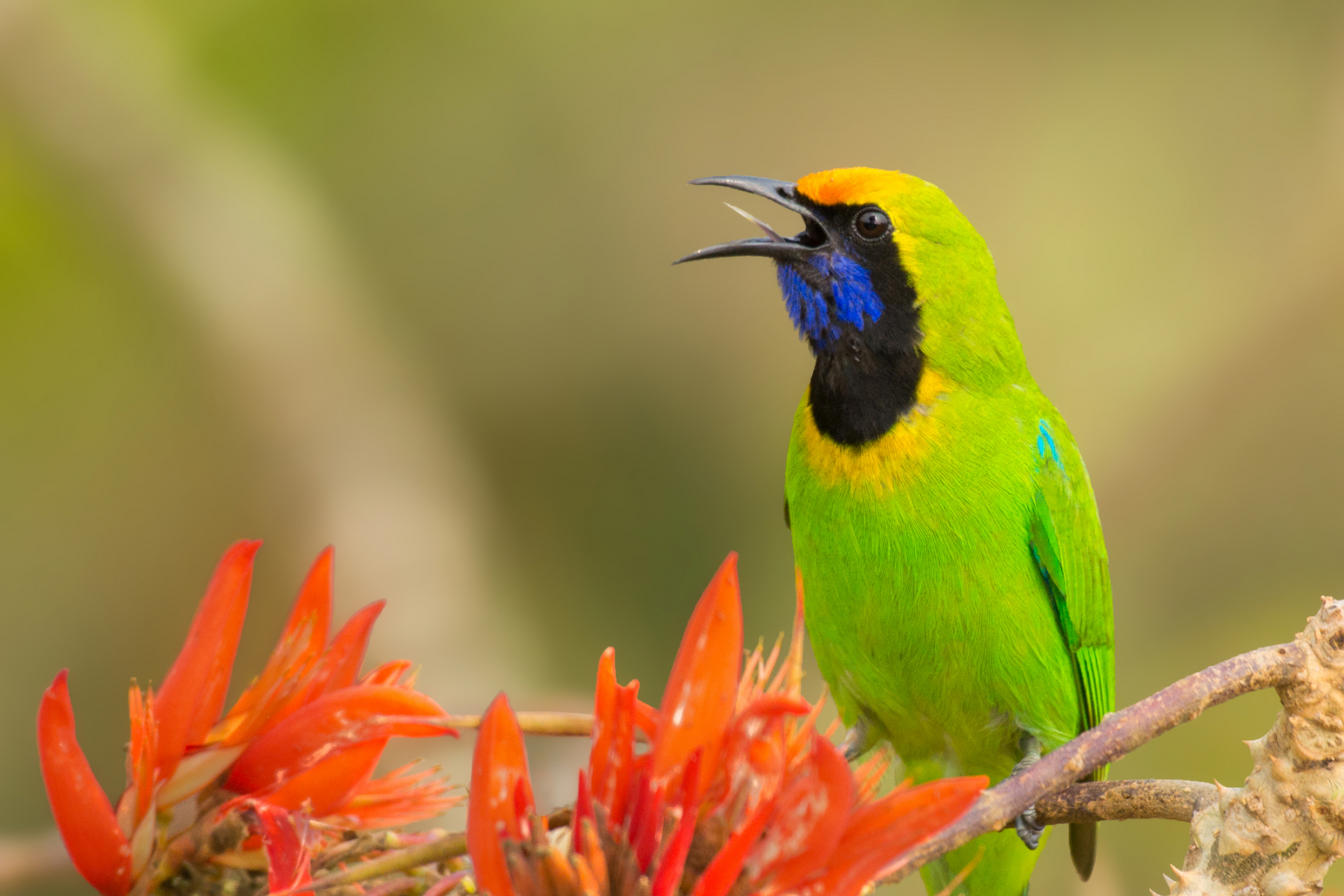 The Chloropseidae family consists of 13 species of leafbird, all in the genus Chloropsis. They're found in India and Southeast Asia and were formerly grouped with the ioras and fairy-bluebirds in the family Irenidae. Many of the leafbirds are popular cagebirds, due to their beauty, attractive songs, and capacity to mimic sounds, and this has led to declines in many of the species. The bird above is a Golden-fronted Leafbird, which is found from India to Nepal to Vietnam. Photo by Ezaz ahmed Evan/Shutterstock