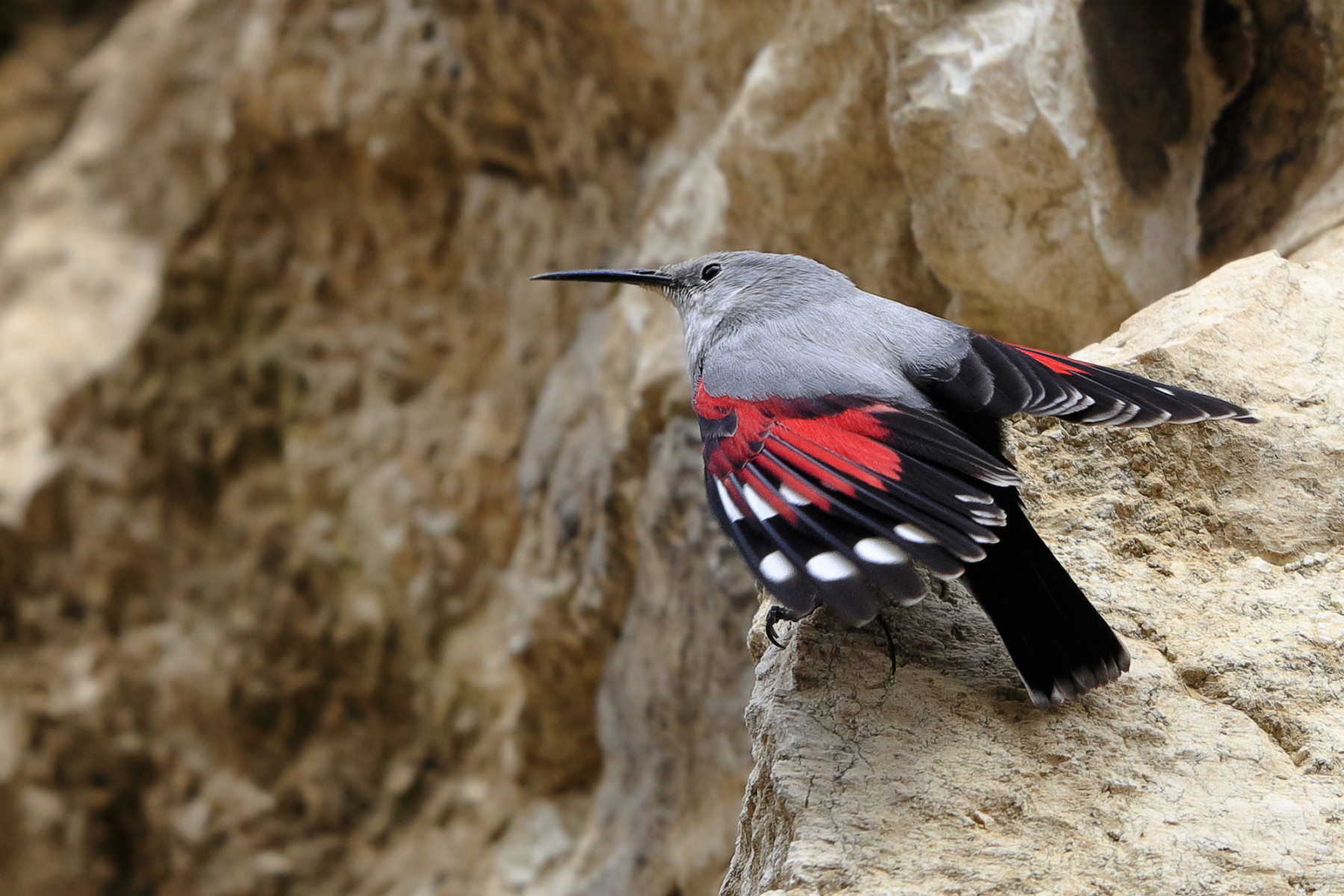 The stunning Wallcreeper is found throughout the high mountains of Eurasia, from southern Europe to central China. It is the only extant member of both the genus Tichodroma and the family Tichodromidae. To see it, you would need to visit places at elevations ranging between 1,000 and 3,000 metres (3,300 and 9,800 ft.). Photo by Daniel Dunca/Shutterstock