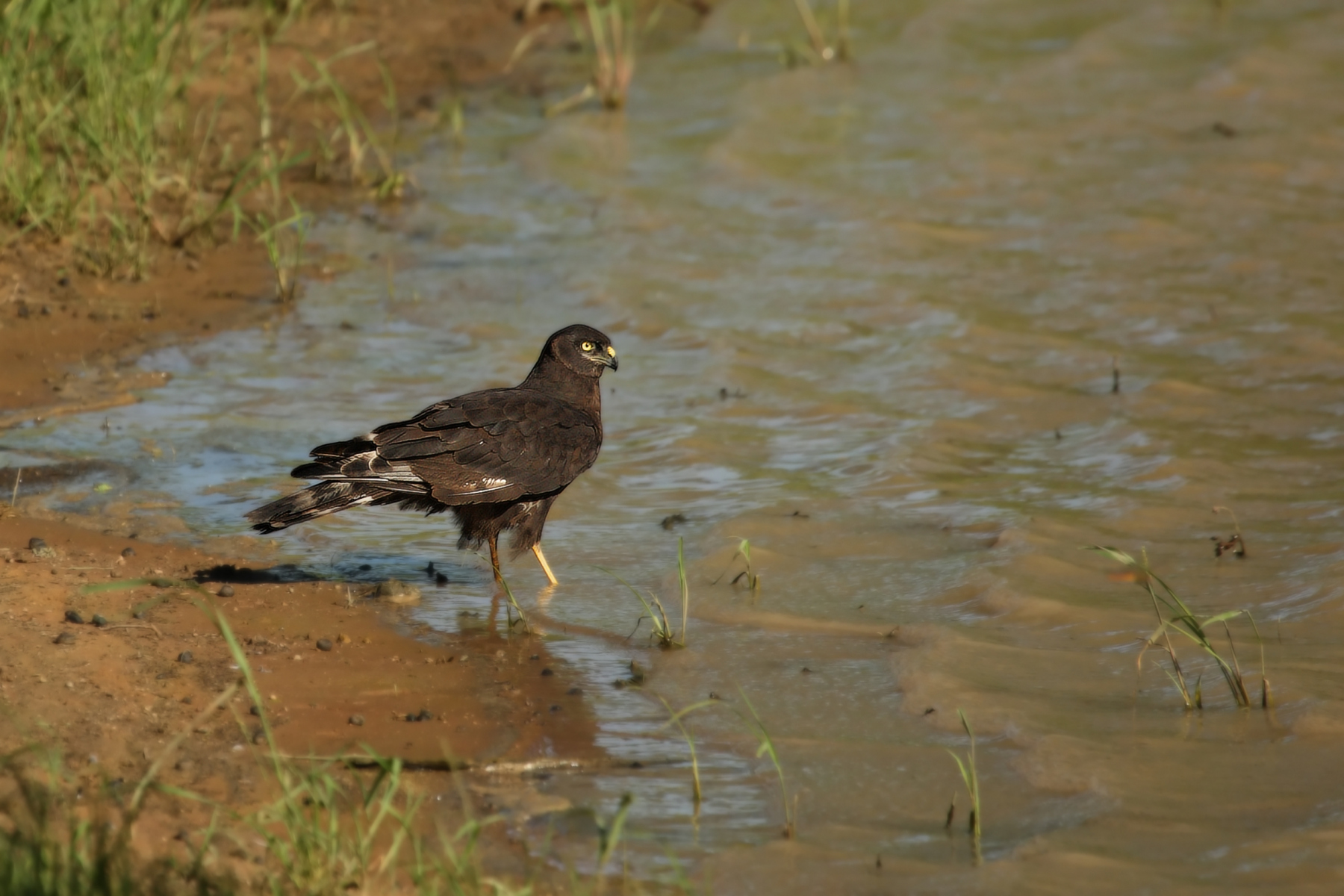 This medium-size harrier specializes on small mammal prey. It is found in southern Africa, and the most breeding pairs occur in South Africa's Western Cape province. Population: 251-999. Red List page