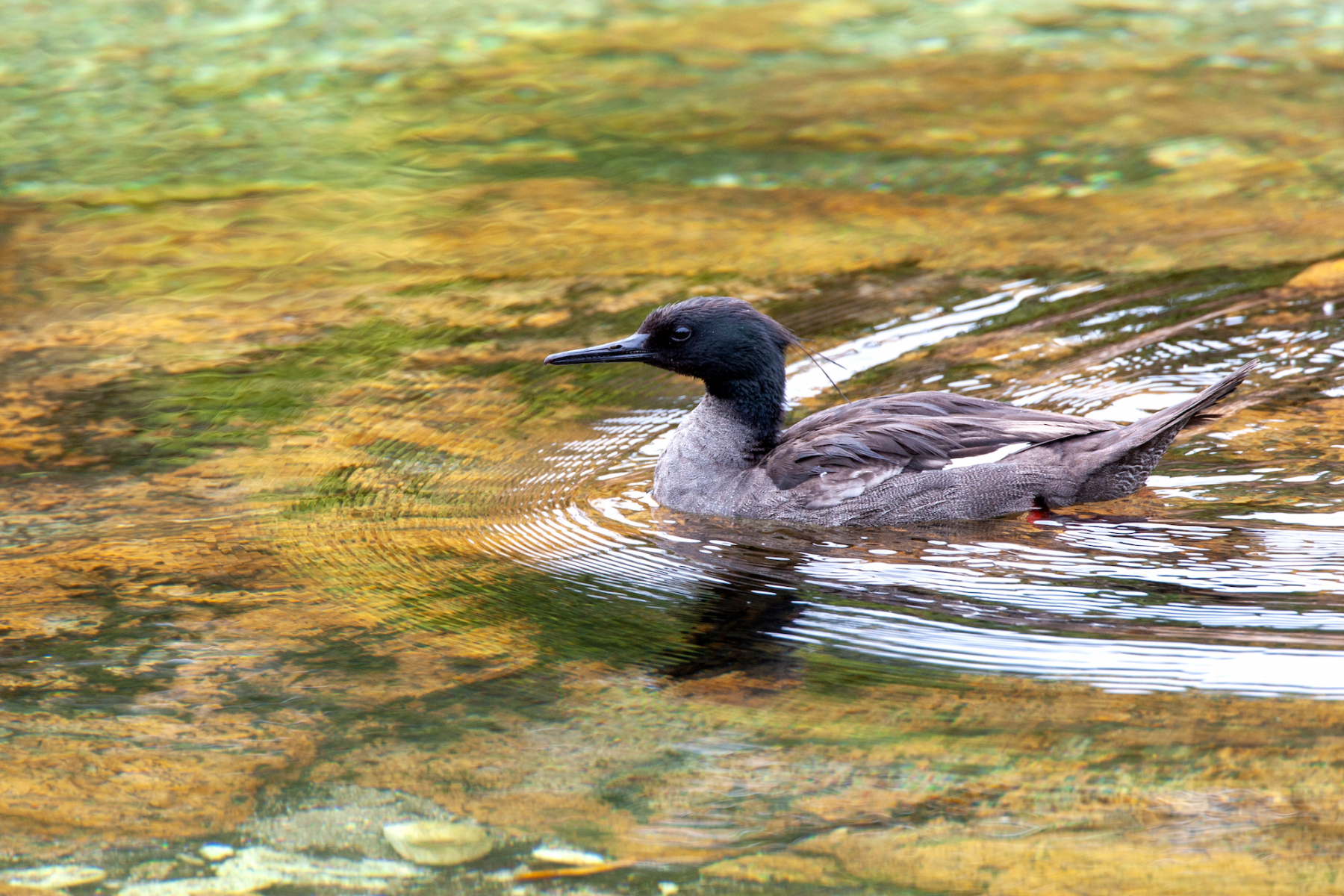 This bird, one of the world's most threatened duck species, once was found from central and southern Brazil to adjacent regions in Paraguay and Argentina. Now it's only in a few areas in Brazil. This merganser was swimming in a river in Serra de Canastra. Population: 50-249 Red List page