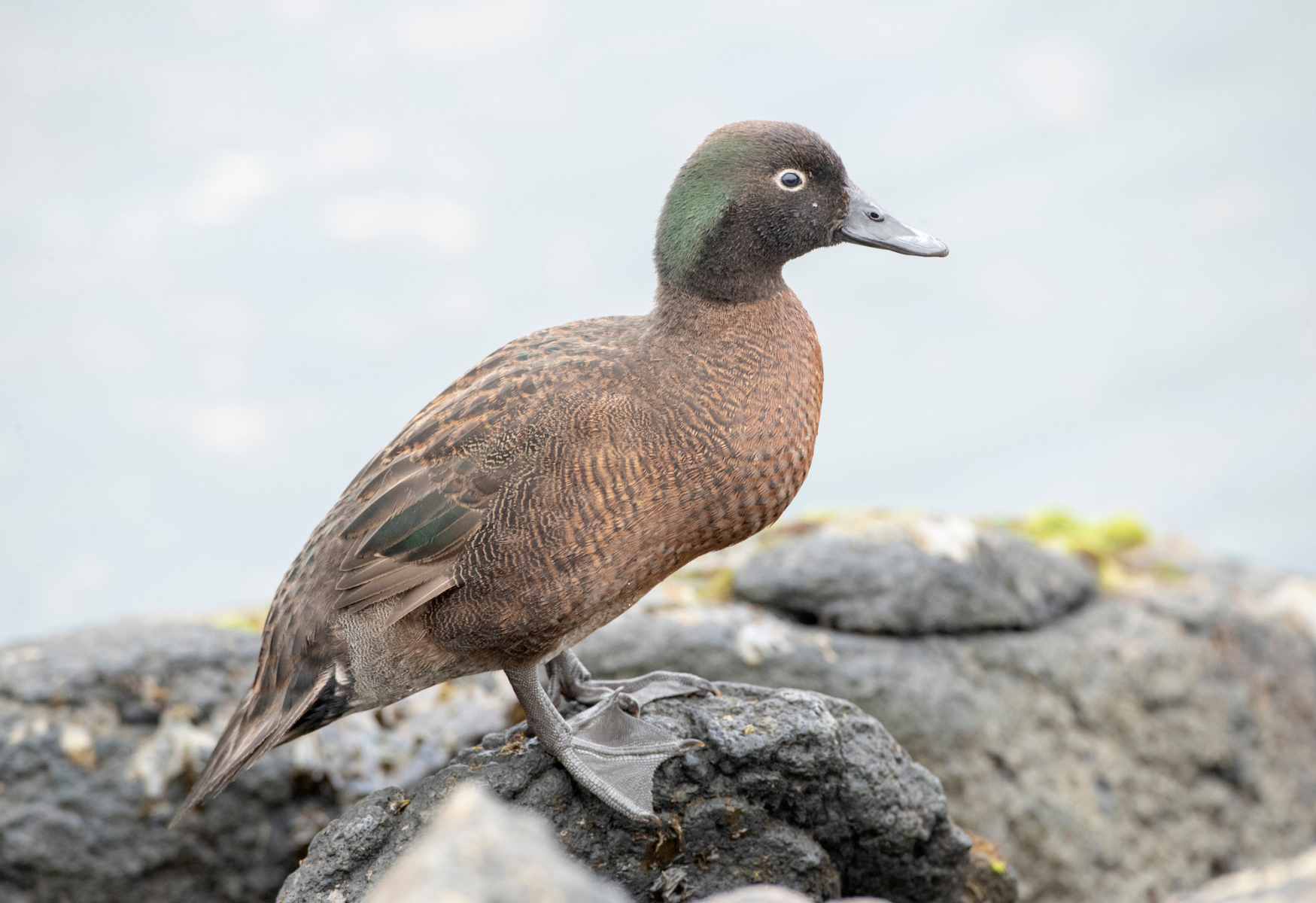 A small, flightless, nocturnal species of dabbling duck endemic to the Campbell Island group of New Zealand, which have a combined area of about 44 square miles. Population: 100-200. Red List page