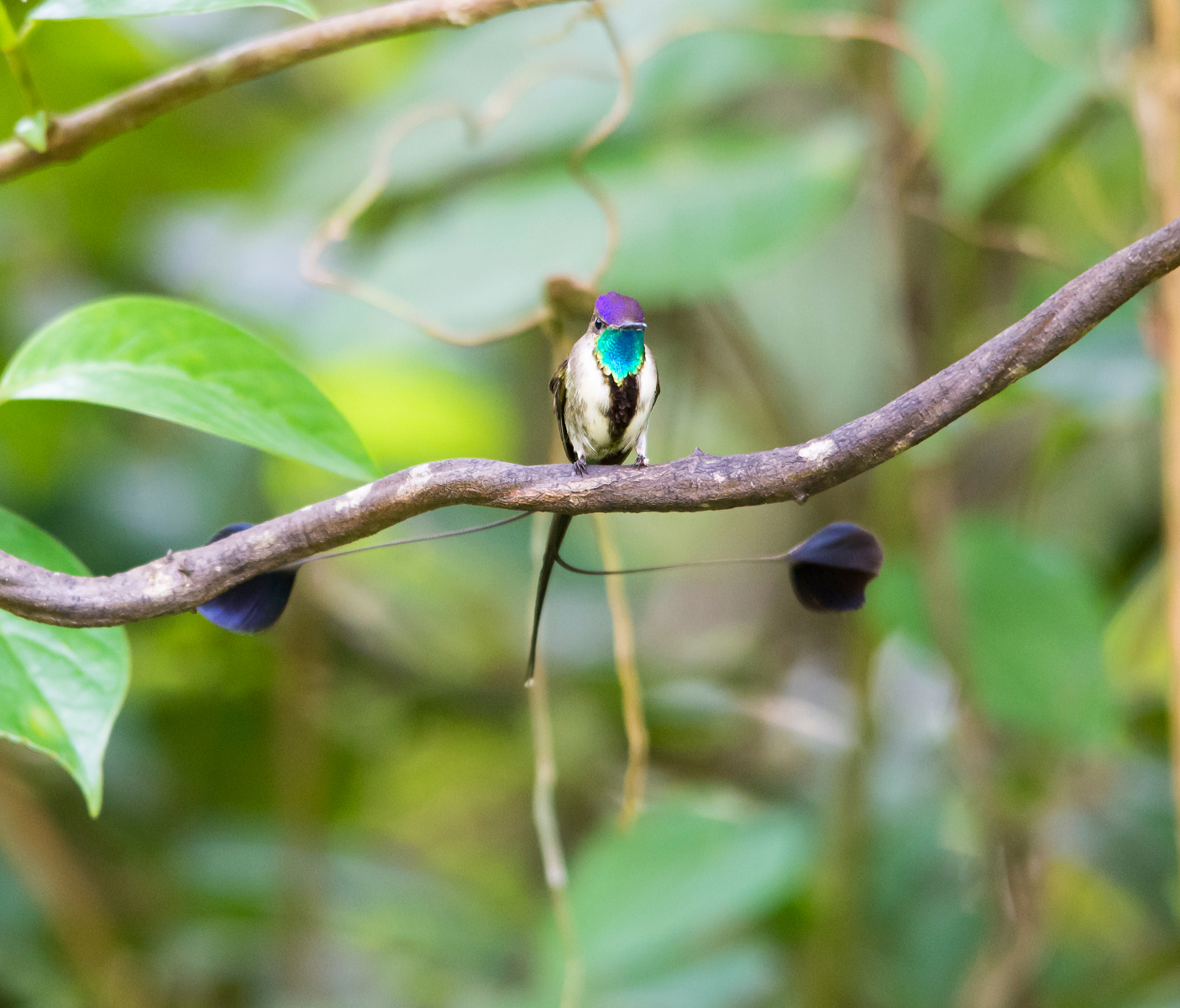 This hummingbird is unique among birds in having just four feathers in its tail. Its most remarkable feature is the male's two long racquet-shaped outer tail feathers that cross each other and end in large violet-blue discs or "spatules." He can move them independently. The bird is found only along the Utcubamba River in northern Peru. Population: 250-999. Red List page