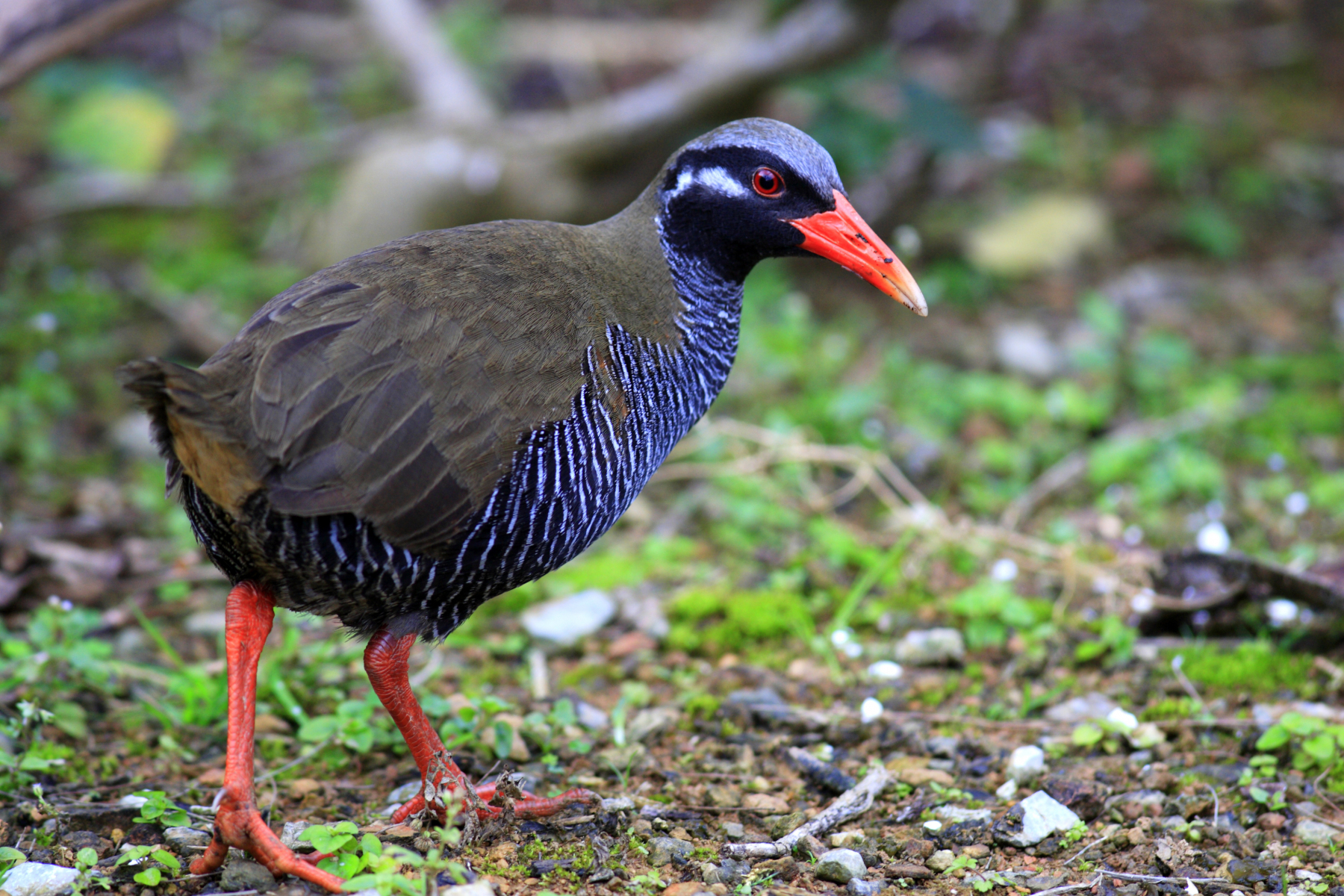 This handsome rail is found only in the forested northern part of Japan's Okinawa Island. Its existence wasn't confirmed until 1978, and it was formally described in 1981. Population: 480 Red List page