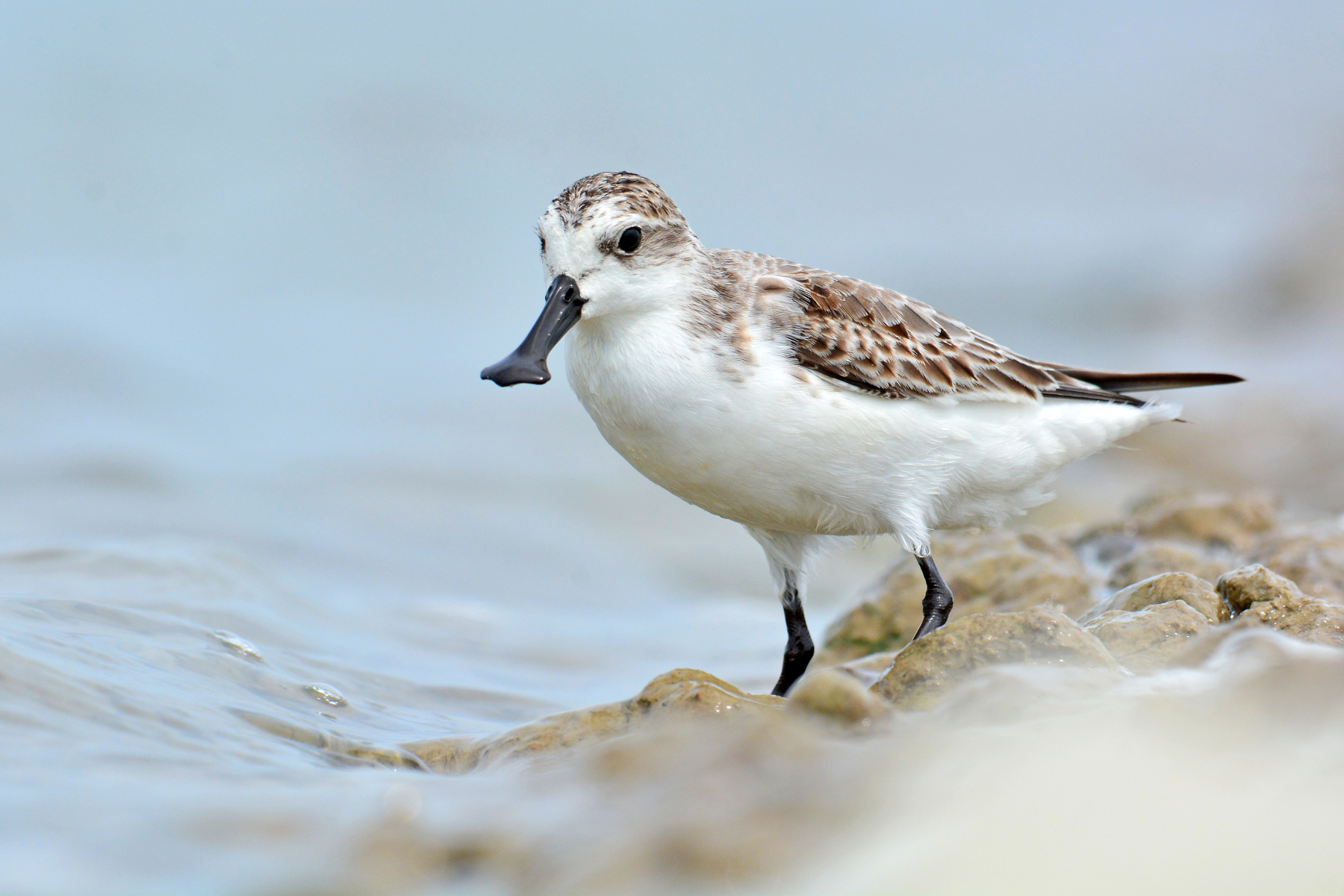 A distinctive shorebird with a spatulate bill. It winters in Southeast Asia and breeds in northeastern Russia. Population: 240-456. Red List page