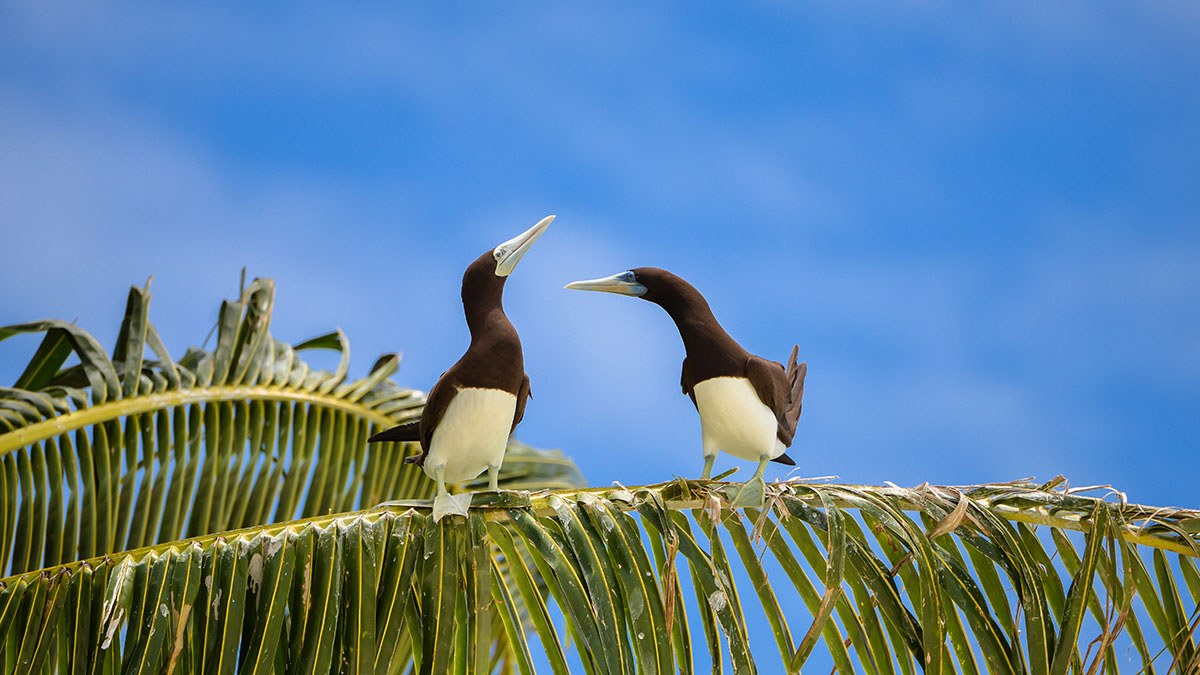 For the immature minded, it’s amazing how many bird names sound overtly sexual. The widespread tropical seabird Brown Booby arguably tops the list. The descriptor “booby,” however, has nothing to do with breasts. Instead, it’s a reference to the birds’ tameness, possibly based on the Spanish word “bobo,” meaning “fool” or “dunce.” “[Sailors] who were shipwrecked and hungry apparently took to easily nabbing and consuming these poor, unsuspecting birds,” says Lisa Fay Larson, a board member of the Santa Cruz Bird Club in California.

The Tufted Titmouse is another North American bird name sure to elicit giggles. “The tufted part is OK, but…no one wants to say a word with ‘tit’ in it,” Deutsch says. “This may sound silly, but when you are a novice birder, that’s one name you have to force yourself to say.”

On the other hand, the boobies, tits, Hairy Woodpeckers, shags (much funnier in Britain), and Dickcissels of the world do provide birders with much fodder for inside jokes. Larson explains, “At the risk of sounding suggestively crude, I like to say to my male birder friends if they are misbehaving, ‘Don't be such a Dickcissel!’”