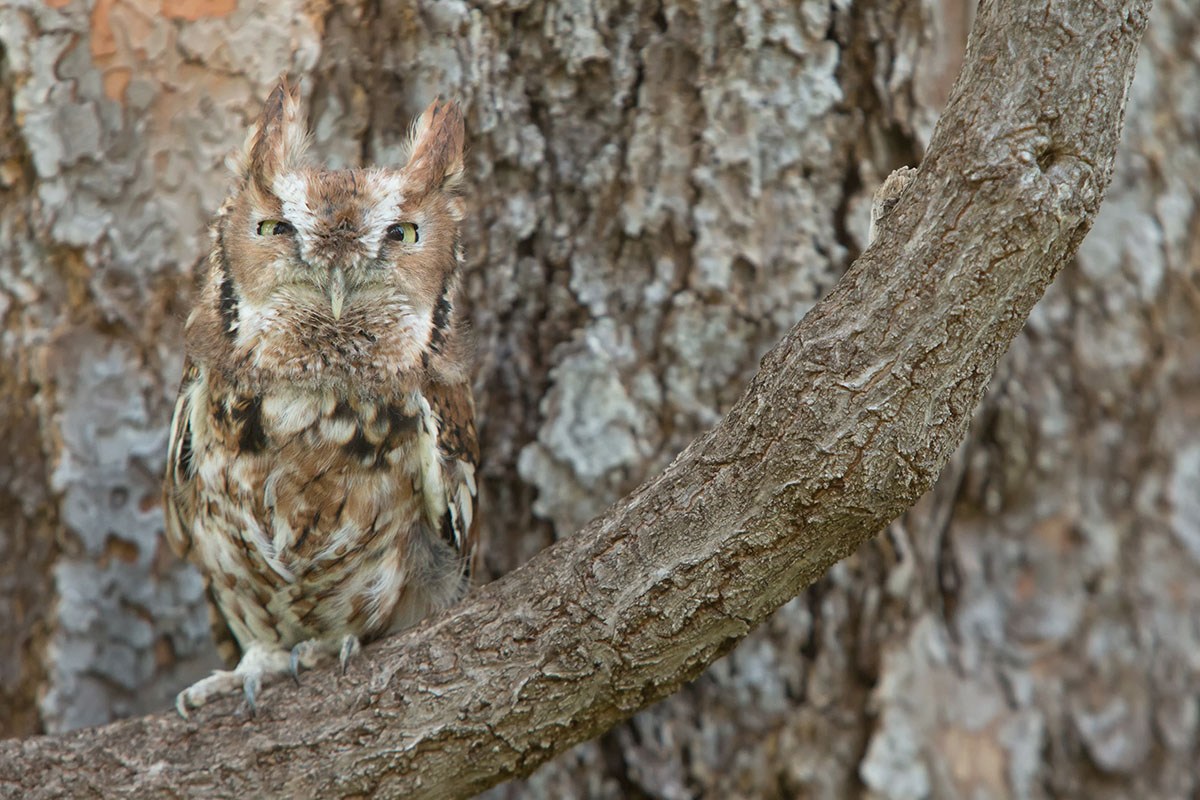 Barn Owls screech. But not so screech-owls, except on rare occasions when protecting their young. Instead, they emit various whinnies, trills, and whistles. The Eastern Screech-Owl often sounds a bit like a neighing horse, and the Western Screech-Owl’s vocalizations are reminiscent of a bouncing ping-pong ball.

At least screech-owls aren’t in the owl genus Bubo, which Craves describes as “a loser for me.” The genus includes about 25 species of horned owls and eagle-owls around the world, including Snowy and Great Horned Owls. “The dictionary definition explains it all,” Craves says, noting that Bubo means “‘a swollen, inflamed lymph node in the armpit or groin.’”