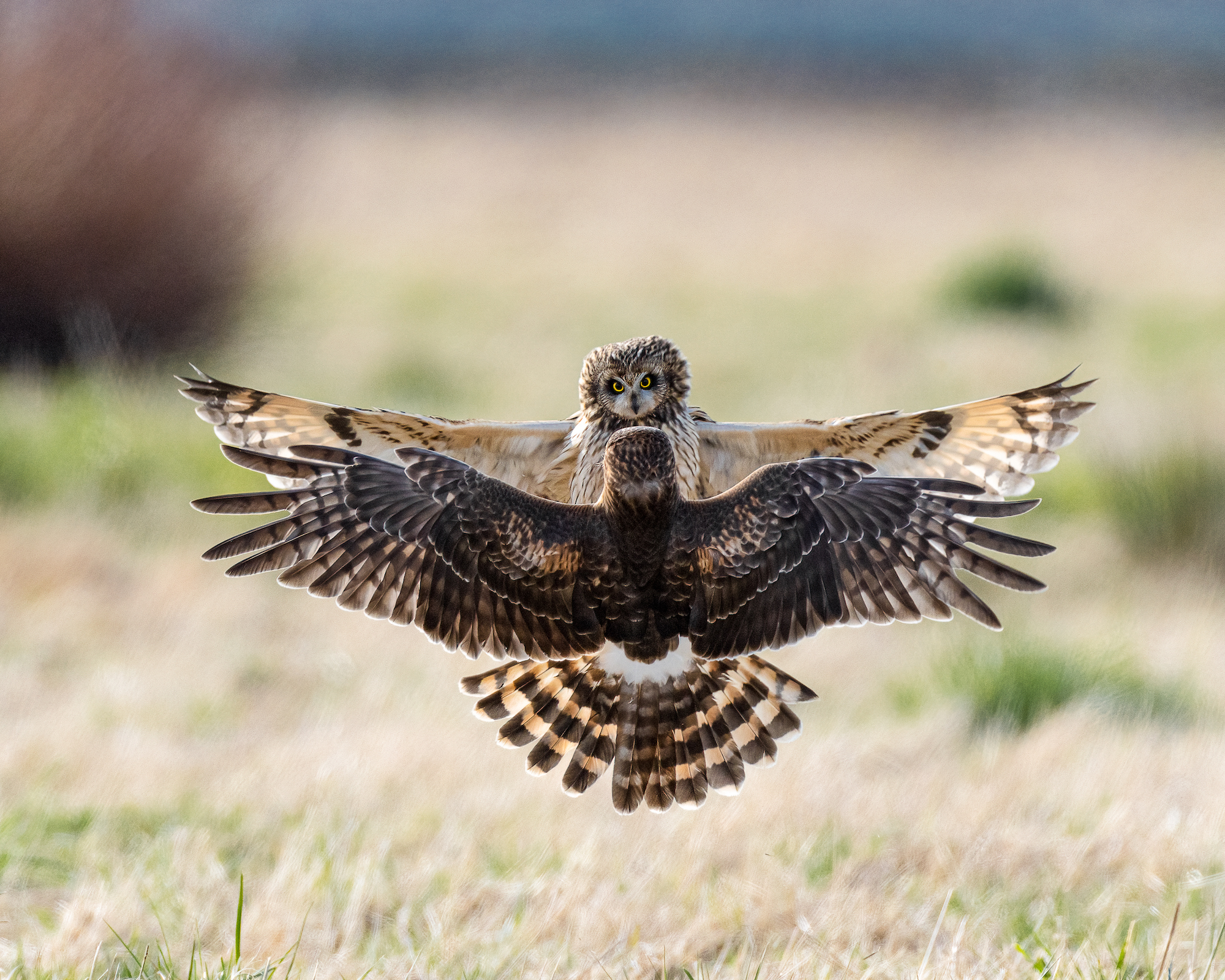 Kathy McCulloch Wade, of Lake Forest Park, Washington, won first place in the 2021 BirdWatching Photography Awards with this stunning image of a Short-eared Owl facing off against a Northern Harrier, which has its back to the camera. She shot the photo in mid-March 2021 in Skagit County, Washington, a great location for wintering owls and raptors. She said she went to the site to test a new piece of camera gear, and immediately the Short-ear landed in a field near her with a vole in its talons.

“The owl perked up its ears and was very alert, staring in my direction,” she said. “It became clear that it was alert because a Northern Harrier was fast approaching, and this owl wanted to protect its meal. The owl flew up just as the harrier got very close, and this is the resulting image. The owl successfully scared the harrier off its meal this day.”

One of our judges, founding editor Eldon Greij, noted: “I can’t imagine the odds of actually seeing this behavior.”

McCulloch Wade used a Sony Alpha A1 ILCE-1 camera and a 600mm FE f4 lens with a 1.4x teleconverter. The gear sat on a Really Right Stuff tripod with a ProMediaGear Katana Jr. gimbal head. 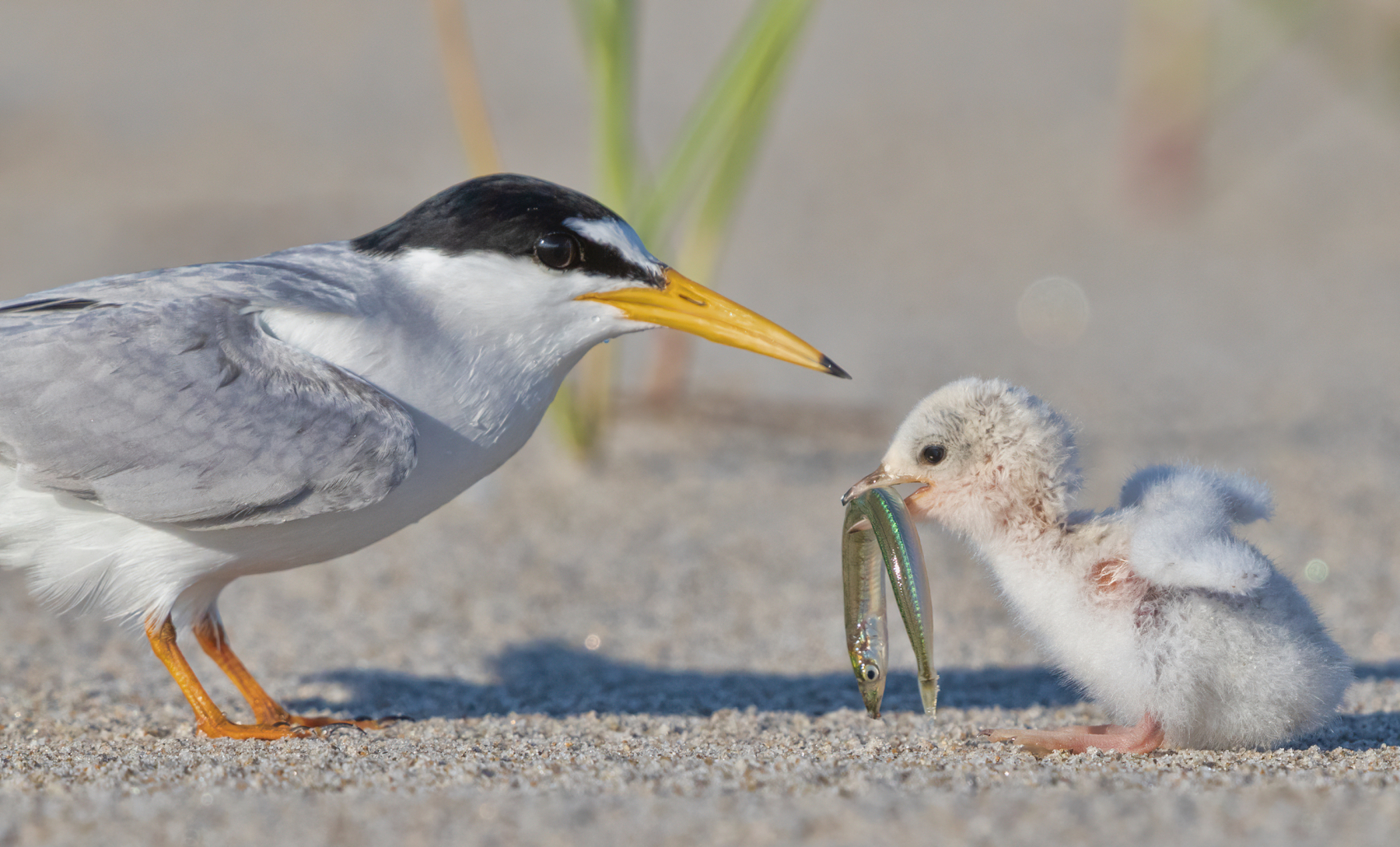 Tina McManus’s visit in July 2018 to Crane Beach, a 1,234-acre conservation area in Ipswich, Massachusetts, produced the second-place photo in the 2021 BirdWatching Photography Awards: this portrait of a Least Tern and its hungry chick.

“Least Terns are one of my favorite birds, and when they start hatching their chicks, I’m always on the lookout for a photo opportunity,” she said. “Once the chicks hatch, there is only a day or two before the adults take them back into the vegetation. You have to be very quiet and still around terns, as they’re very protective of their young and will become agitated if you’re not. I hunkered down outside the roped-off area near a nest with chicks and waited. After about an hour, one of the adults brought a fish, and I was able to get this image.”

McManus used a Canon 7D Mark II camera with a 500mm f4 lens and a 1.4x teleconverter. They were attached to a Skimmer Ground Pod, which supports camera gear to enable ground-level bird and wildlife photography. 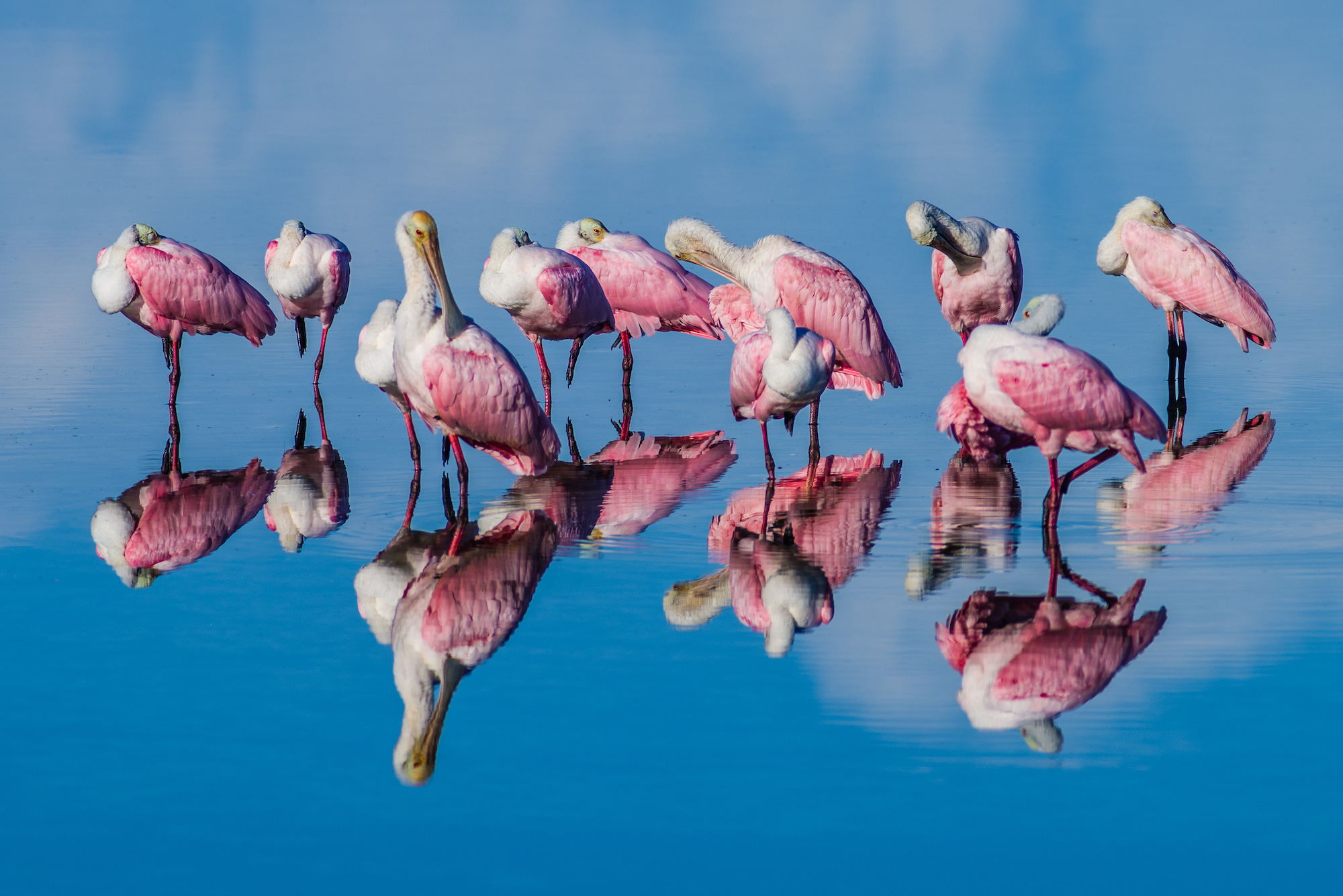 William Parker Teed took third place in the 2021 BirdWatching Photography Awards with this beautiful photo of Roseate Spoonbills standing on Fort Myers Beach, on the Gulf Coast of Florida. He photographed the idyllic scene in August 2016.

A few of the birds preen while the rest have their bills tucked into their backs with one leg raised.

“It was a very quiet morning,” Teed said. “The water was still and very shallow. The pond is seasonal and formed by the summer rain. The spoonbills were just waking up as the sun rose. The location was perfect, as were the colors of the scene.”

He took the photo with a Pentax K-1 camera and a 300mm lens. To see more of his images, visit William’s website.

HAVE QUESTIONS? GET IN TOUCH!
For questions about our contests, email contests@madavor.com