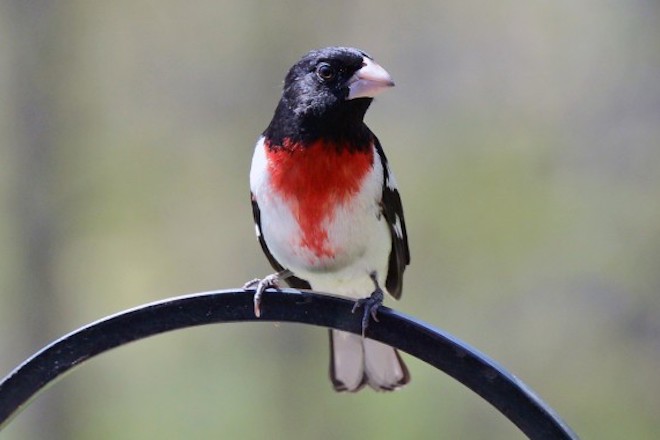 Few migrants are as beloved and eagerly anticipated as Rose-breasted Grosbeak, the pretty songbird shown in the photo above and the six below.

After spending the winter months far to our south, from southern Mexico through Central America to northwestern Venezuela and Peru, Rose-breasteds make landfall in the southern United States between late March and mid-April. Then they hurry north, reaching northeastern regions and southern Canada between late April and early May.

Males migrate before females. Jet black above and snowy white below, with a kerchief of rose-red across its breast and bright white spots on its outer tail feathers, the male looks like no other bird. lgirten photographed the male above in May 2013 with a Nikon D800 camera. 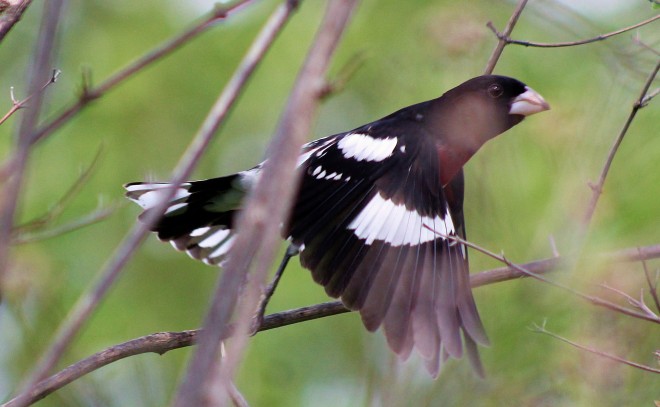 Bold white patches mark the male grosbeak’s black back, wings, and tail. Rachel Purdy took the photo above in her backyard in Galesburg, Illinois, on May 6, 2015, allowing us to see the panels on the wing coverts and primary feathers as well as the white tail spots. 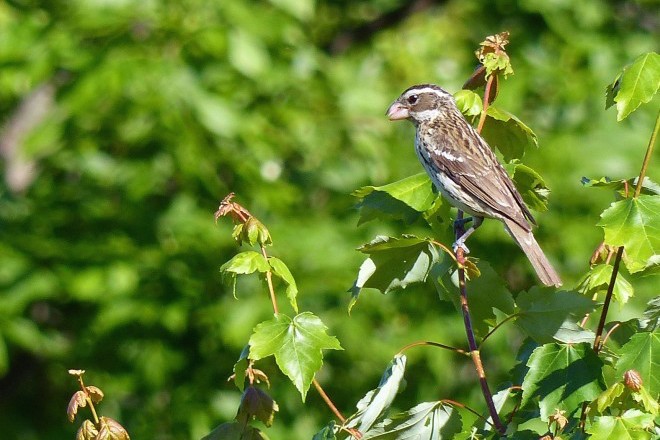 As this photo shows, the female Rose-breasted Grosbeak is less striking. She’s brown, not black, and heavily streaked, with a white stripe above the eye. birdware took the picture on a summer day in Princeton, Massachusetts. 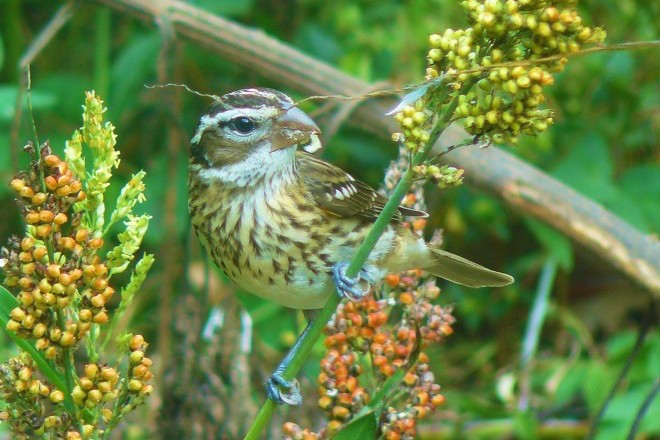 Seeing a female grosbeak, you might think you’re looking at an oversize sparrow, but take a look that bill. Triangular in shape, thick in proportion, and big, it enables the bird to snip off sweet flower petals, un-shell tasty grasshoppers and beetles, and crush juicy elderberries, blackberries, raspberries, and other wild fruit — the Rose-breasted’s natural foods. Tim Shoffner took the photo above in Gasconade County, Missouri, using a Panasonic Lumix DMC-FZ8 camera. The female was eating milo that was growing under a bird feeder. 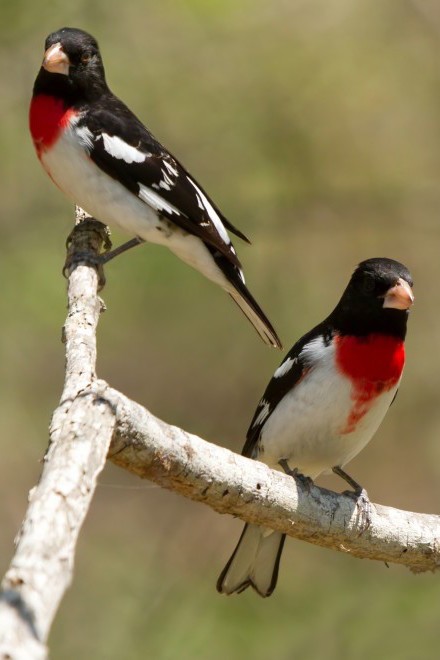 Our friend Lora Render photographed this pair of migrating male Rose-breasted Grosbeaks in the Rio Grande Valley, in Texas, with a Canon 7D camera and a 100-400 mm lens. 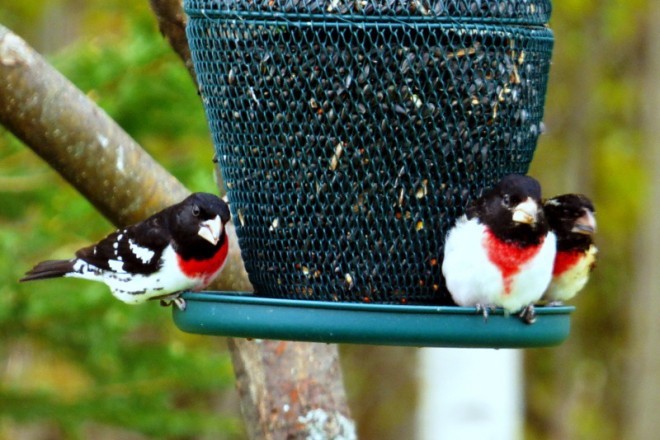 We like this photo, taken by Joan Wiitanen, because it shows how much Rose-breasted Grosbeaks enjoy backyard feeders. Rose-breasteds eat black-oil sunflower and safflower seeds, they enjoy peanuts and suet, and they dig happily into halved oranges and bowls of grape jelly put out for orioles. Grosbeaks lucky enough to find feeders that don’t require hovering may even help themselves to sugar water intended for hummingbirds. 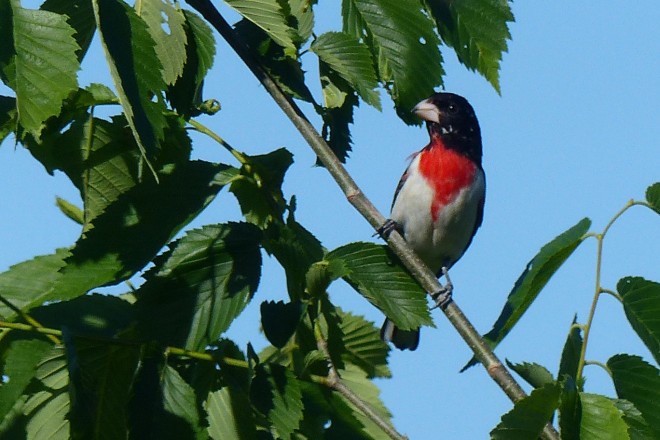 Here’s the way we typically see grosbeaks: high up in a tree, surrounded by green leaves, and instantly recognizable, a pleasure to focus your binoculars on. birdware took the picture in Wachusett Mountain State Park, near Princeton, Massachusetts.